# Bankruptcy Lawyer Stroudsburg ##LEGAL HELP STROUDSBURG #Bankruptcy Help Stroudsburg
A new bankruptcy law may be a harbor for small ships in this tumultuous storm. On Feb. 19, 2020, a new law went into effect known as SBRA, or the Small Business Reorganization Act of 2019, also known as “Subchapter 5”. The new Bankruptcy Code will provide for a more compact and easier version of Chapter 11 Reorganizations for small business corporate and individual debtors.
The new statute has important implications for businesses. SBRA is aimed at simplifying the bankruptcy process for small businesses by increasing efficiency, lowering costs, and easing the plan confirmation process. It could mean the difference between weathering the storm or having to close one’s doors and liquidate one’s assets. This statute was a great idea before the economic tsunami we are experiencing but now it is a real blessing. scott ugellThe legislation was designed to address several concerns that are part of the existing Chapter 11 procedural requirements. Chapter 11 had a high ratio of loss of ownership, a high cost of filing, the protracted time it took to do so, the crippling procedural and reporting burdens, the creditor committee counsel/advisory costs, the tactical fighting that took place driven by Section 11229 (a) (10). This statute, Chapter 5 is designed to ease some of the burdens that certain mechanical processes in the typical Chapter 11 reorganization require of an entity filing a petition for relief under the United States Bankruptcy Code.
In the past, Chapter 11 had a low percentage of success and filers were often forced to convert their Chapter 11 petition to a Chapter 7 liquidation plan. The SBRA statute is tailored for the small business debtor who must be a person or entity engaged in commercial or business activity with aggregate non-contingent liquidated secured and unsecured debts of $2,725,625.00 or less, excluding debt owed to affiliates or insiders.
Specifically excluded from this potential use of this statute is the single asset real estate entity. One of the important differences between a Chapter 11 and a Chapter 5 is that a Chapter 5 has no creditor committee. In a Chapter 11, a creditor committee can be a serious obstruction to having a plan approved. In fact, in a Chapter 11, a single creditor can stop such a plan from being approved. In a Subchapter 5 by contrast, there is no absolute priority rule.
Furthermore, other than the initial filing fee, fees are essentially eliminated, making the process much less expensive to the petitioner. In a Subchapter 5, if the creditors can’t agree on the petitioner’s proposed plan, an application can be made to the Bankruptcy Court Judge to order the plan approved, sometimes referred to as a “cram down”. The success of such a proposed plan need only be more attractive to the unsecured creditors than would a conversion to a
Chapter 7 liquidation plan, which often is not a very difficult threshold to meet.
https://rcbizjournal.com/2020/03/23/n...
#Stop Foreclosure Stroudsburg #Bankruptcy Attorney Stroudsburg #Bankruptcy Lawyer #bankruptcy lawyer (attorney, firm)
#Bankruptcy lawyer (attorney, firm) reviews (ratings) #debt relief
#What is the downside of filing for debt relief bankruptcy? #What happens if I declare bankruptcy?
#What are advantages of filing bankruptcy? #how bankruptcies work #bankruptcy student loans #Do you get out of all debts if you declare bankruptcy?
#understanding bankruptcies #3 types of bankruptcies
#bankruptcy, student loans #public records bankruptcies free
#What are advantages of filing bankruptcy?
#income increase after chapter 7 discharge #proof of claim chapter 7
#chapter 13 tax return requirements
#chapter 13 nightmares #Should I file chapter 7?
#Who pays for bankruptcies? #define insolvency
#corporate debtor insolvency code
#What gets liquidated in chapter 7? #corporate insolvency

Here's where you can enter in text. Feel free to edit, move, delete or add a different page element. 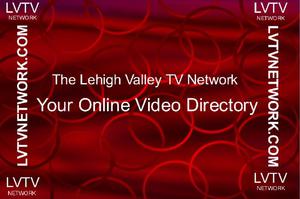 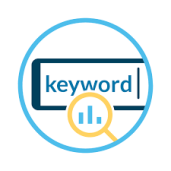